BEINN A' CHAORAINN - FROM IT'S GLAMOROUS SIDE 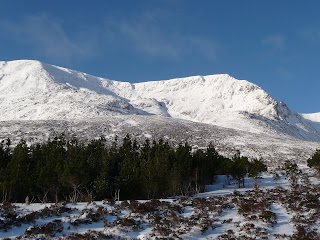 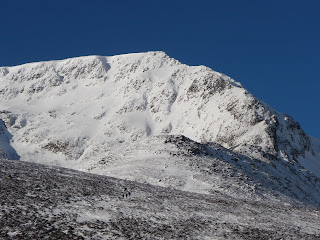 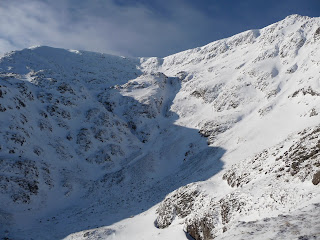 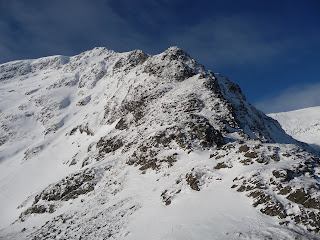 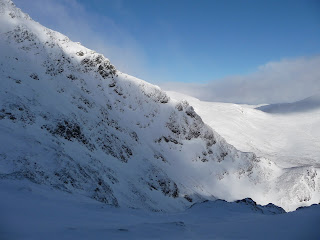 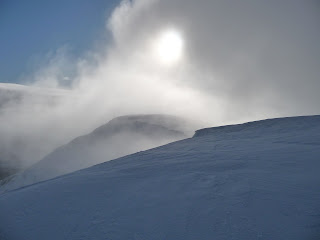 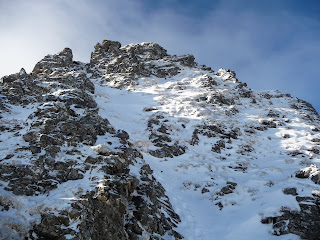 It was a beautiful Alpine like morning today in The Highlands after a clear night it was below freezing at sea level. I went into the Eastern corries of Beinn a' Chaorainn, West of Creag Meagaidh. This side of the mountain is definatelty reccomended, beautiful corrie and the classic beautiful East ridge to the summit is a winter grade II, I went over to the opposite ridge which with some nice grade I ground, Corrie Ban apptley named today, well filled with a lot of snow. The snow is mostly well consolidated but still pockets of windslab and some fresh deposits from recent snow showers. The cloud came across later on and was lingering just on the summit, above 900m by mid day. The only shower we had today was a 10 second snow flurry and winds were only light but quite cold on the tops. A good hill to do between trains on The West Highland line, from Tulloch. Set to be cold for the next few days and snow showers in the NW.
Posted by Gary Hodgson at 17:31