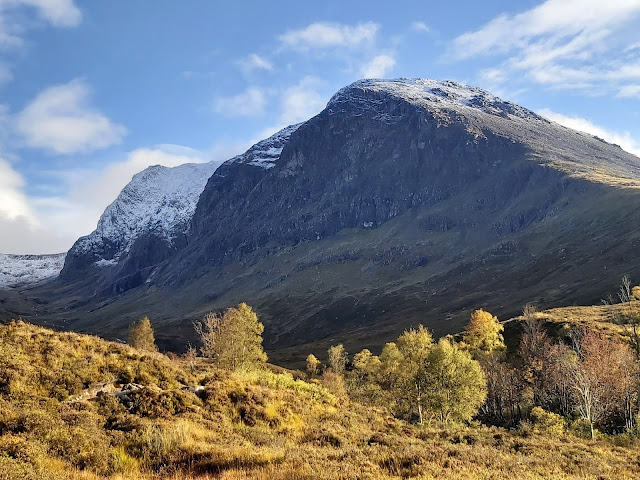 Another cool day on the high summits in Lochaber. There was fresh snowfall last night and some hefty snow showers today. Late morning I set off to check where the snow was and how low it was settling at.  A forecast of poor visibility and strong winds made my decision easy. I went for a stroll up the Allt a' Mhuillin. 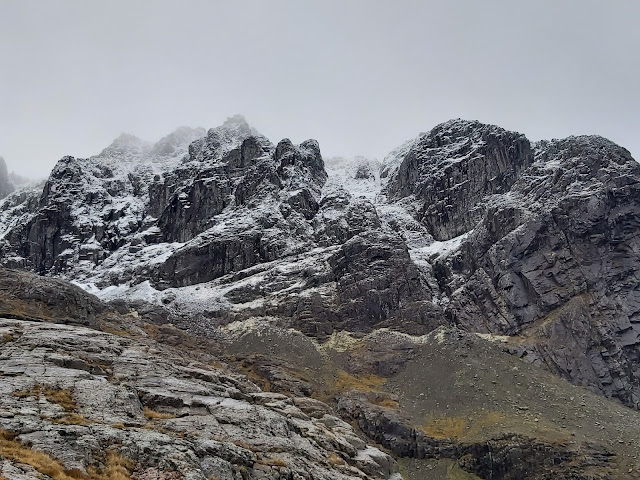 There was reasonable visibility when I reached the CIC Hut around 1pm. The snow was falling at this altitude, just above 600m. I decided to have a plod into Observatory Gully. It looked inviting with snow being blown into this huge chasm which runs all the way up the North face of Ben Nevis and finishes very near the summit. There is a lingering old snow patch in its upper reaches, one of two that survive through most years. I didn't go up as far as the old snow patch. I was happy to just walk up to where the fresh snow line was, at around 850m. 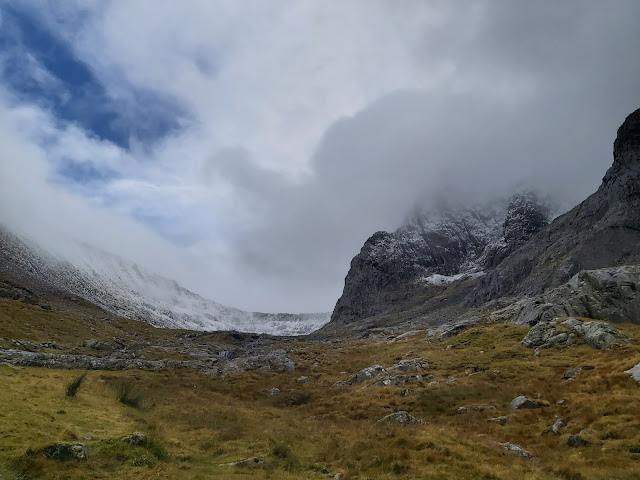 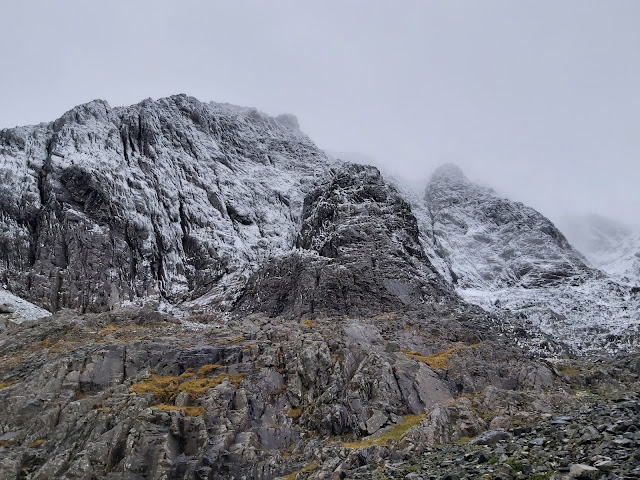 Shortly after getting to my high point there was a big snow shower passing over. Quite dramatic. You could have been fooled it was a December day as the snow blew in and the temperatures were only just above freezing, probably. 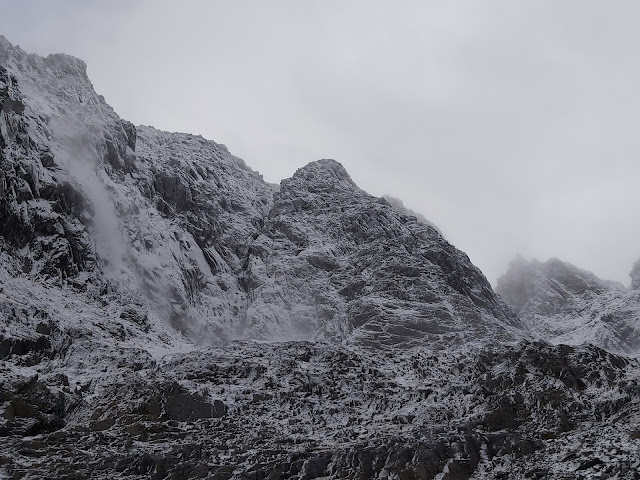 The great cliffs of Tower Ridge, Observatory Ridge and NE Buttress can be seen from here. A brilliantly wild and immense location. 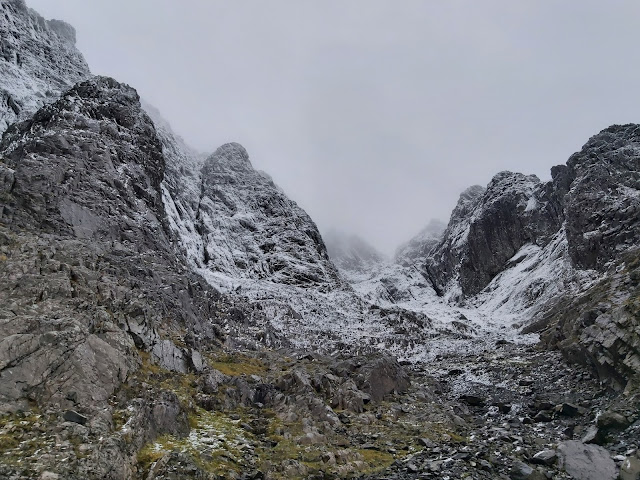 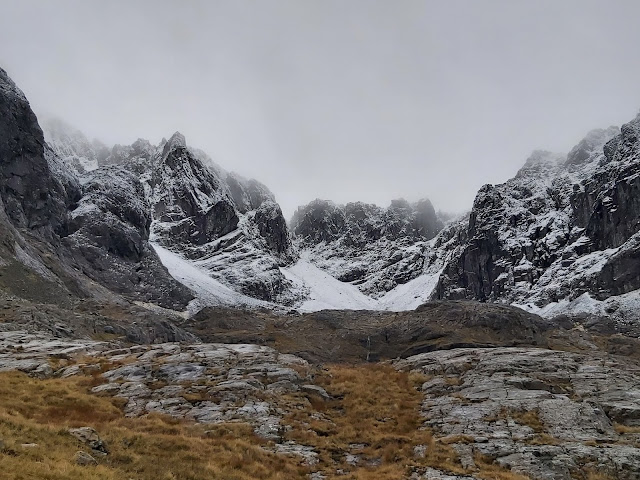 I walked back down the hill in drier conditions, the snow showers having eased off. The upper reaches of the mountain could now be seen in the higher cloud base. The Ciste Coire also had a good dusting of snow. For 20 minutes the sun popped out and a bit of blue sky above the summit of the mountain. I returned from a Winter landscape back into Autumn sunshine and colours. 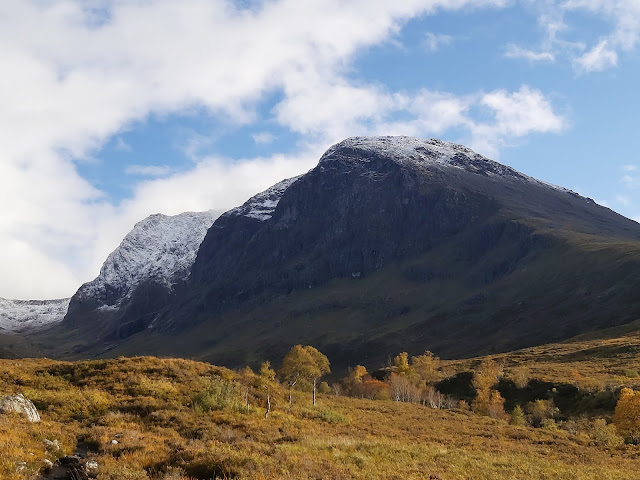